Hills has a hidden pattern only visible when the light is turned on. The revealed pattern is like the braided rivulets made by water running across sand, or the folds in hills. 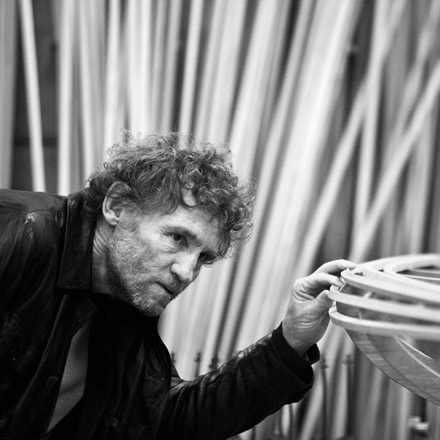