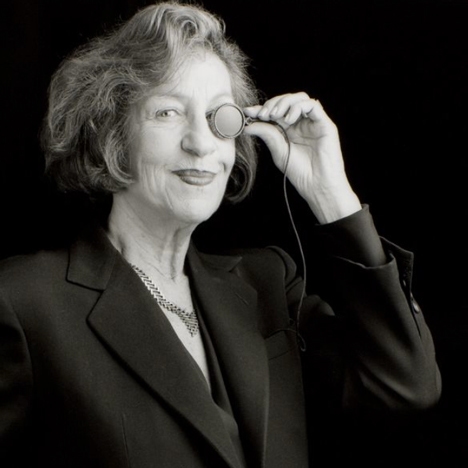 Andrée Putman was born in a wealthy family of bankers and notables from Lyon. Andrée grew up in the 6th district of Paris, rue des Grands-Augustins. As a child, she spent most of her summers at the Fontenay Abbey, a magnificent Cistercian structure which used to be the Montgolfier brothers’ workshop. This austere place influences her first aesthetical perceptions: the geometry of the architecture, the views and the perspectives, “the effects of stone and light, the richness and the diversity of non-colours…”.

In 1997, Andrée Putman created her eponymous Studio, specialising in interior design, product design and scenography. When she imagined objects, she refused the excess of striving to re-design pieces which were perfectly designed by others in the past. “We have to accept that many things can no longer be changed – or very slightly. If we change them, we have to add humour, detachment. What interests me: a joke in a collection, a sign of complicity.” For example, when she began collaborating with Christofle in 2000, she designed a collection of silver cutlery, objects and jewellery named Vertigo. The common element of this collection was a slightly twisted ring: “the fact that this ring is twisted brings life to it: did it fall? Why is it asymmetrical? Life is made of imperfections.”

Putman died at her apartment in the sixth arrondissement of Paris, on 19 January 2013, aged 87.