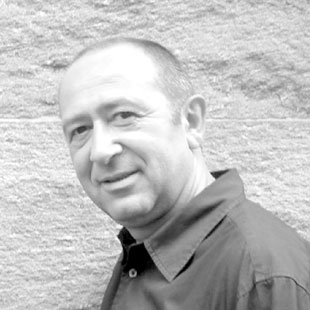 Born at Pinzolo (Trento) in 1957, he graduated in Architetcture in Florence in 1983. Since 1993 he is Director of the Industrial Design Master of Domus Academy. He worked with Andrea Branzi and later on as a consultant for Olivetti Corporate Identity, being responsible for fairs and interior design. In 1991 he opened his own office.

He designed furniture and objects for many manufacturers, including Memphis, Stildomus, Produzione Cavari, Mass, Steel, Radice, Isuzu, Edra and Luceplan. He designed interiors of several private houses and shops and is actually encharged of the project for a urban design and a commercial center in a small town in Italy.