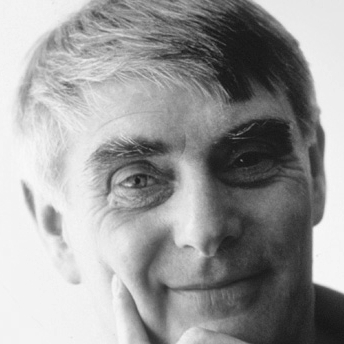 Born in Sheffield, England, in 1930, Mellor trained as a silversmith and attended the Royal College of Art in London. He designed his first silverplate set, Pride, while in residence at the school. The collection won a Design Center Award and remains in production today. In the 1960s, he outfitted government canteens and hospitals with stainless steel cutlery, redesigned the UK’s national traffic light system—still in use today—and created mailboxes and bus shelters.

In 1969, Mellor opened a retail shop in London’s Sloane Square. The shop, which remains successful, gained international recognition for its innovative approach to product display and merchandising.

Mellor’s design choice was clear: he endeavored to create elegant designs that would make people’s lives easier. In his hands, even the most mundane tools—a fork, garden shears, a saw—became objects of grace and utility.