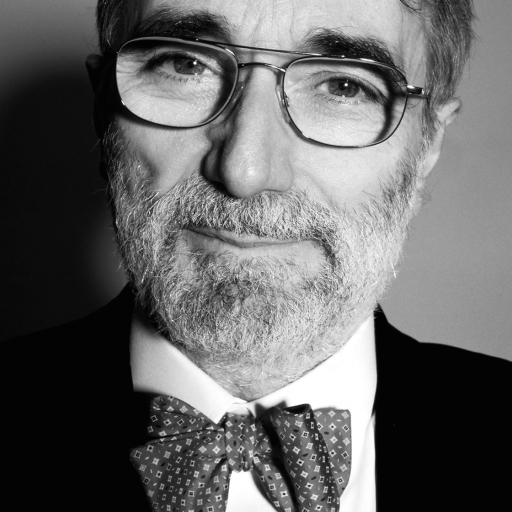 An architect, he was born in Modena, Italy, in 1940 and graduated from the Faculty of Architecture at Milan Polytechnic. After an early experience at Studio Morassutti and numerous training periods abroad, in England, Sweden, Finland and Denmark in particular, where he came into contact with some of the most distinguished design and production centres in those countries, he began his autonomous professional activity by opening a Studio in Milan.

His interventions range from civil architecture to industrial and interior architecture, from industrial design to corporate image organisation, the latter often in collaboration with Eija Helander. He has taught industrial and visual design at the Scuola Politecnica e di Design, run by Nino Di Salvatore. He has collaborated with numerous other companies, including Alessi, Fantini, Filasp, Fidenza Vetraria, Inda, Emicar, Sipea…

His creations can be found in the permanent collections of the Milan Triennial, the Museo de Arte de Sao Paolo in Brazil, the Kunstgewerbemuseum SMPK in Berlin, the Kunstmuseum in Dűsseldorf and in the Deutsches Deushes Klingenmuseum in Solingen in Germany.