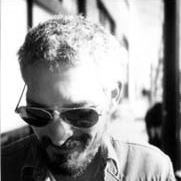 Jeff Covey, a self-taught designer, began producing commercial and residential projects at his studio in San Francisco in 1996. In 1997 he developed the first prototypes of the Covey Stool. He then went to New York with a refined prototype to assess possible interest in his first production-based design. Originally referred to as the "Covey Model Six Stool," the product shipped flat with six individual parts to be assembled by the customer.

Without an appointment he inquired at Knoll Inc., and met design director Carl Magnusson. Magnusson instantly recognized a classic in the making and made a phone call to arrange an appointment for Covey at New York's Museum of Modern Art (MoMA) the next day. It was during the MoMA meeting that Covey received not only his first purchase order, but also the funds he needed to start production and distribution of the stool.

The success of the Covey Stool caught the attention of Herman Miller Inc., and Covey licensed the stool to Herman Miller for five years. At the end of that time, Covey decided to take on the distribution himself while continuing the manufacture of the stool at the same facility that produces the Herman Miller Eames collection and Knoll Classics.