Working With Christophe Pillet, the Sezz Collection creates a fusion between comfort and strength, while retaining the original Emeco process of using 80% recycled aluminum-toughened to last a lifetime. The result is a contemporary interpretation of beauty, timelessness and industrial heritage. 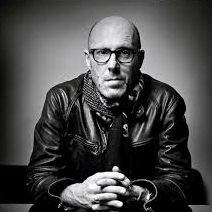 Christophe Pillet was educated at the Decorative Arts School in Nice and the Domus Academy in Milan. He works with everything from product and furniture design to interior and set design. Pillet created his own agency in 1993. In the same year he was nominated 'Designer of the Year’ at the Salon du Meuble de Paris. His customers are L’Oreal, Lacoste, Lancel and the renowned Hôtel Sezz in St Tropez amont others.

Lucidity of expression and the search for simplicity are key principles in Pillet’s work. Trends hold little interest for Pillet, who curiously looks around and creates designs to improve what already exists and adds what is missing. Pillet has been honored with several awards, such as Createur de l’Année at Salon du Meuble, Prix d’Excellence at Salon International du Luminaire as well as Best hotel bathroom by Idéobain trade show France.