In the world of Joris Laarman, it takes the shape of a brilliantly crafted suspension lamp, luminous all the same. The central body of the Nebula is die-cast aluminum, and it showcases 10 blown glass cones in various sizes. A bayonet-type of coupling system of the cones offers easy cleaning. There is a PC (polycarbonate) ceiling rose. 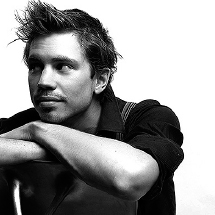 In 2011 he was awarded "Innovator of the year in design" by the Wall street Journal. He contributed in articles and seminars for Domus magazine and was a guest teacher at European universities like the Architectural Association London, Rietveld Academy Amsterdam and the Design Academy Eindhoven. His work has been widely publicized and shown in numerous exhibitions worldwide and can be found in the permanent collections of over 30 leading international museums, including The Museum of Modern Art, New York, the Centre Pompidou, Paris and the Rijksmuseum Amsterdam.