Richard Sapper’s diverse training in philosophy, anatomy, business, and engineering at the University of Munich has shaped his successful design career ― one which has been dedicated to finding simple, efficient solutions to technically complex problems. His expansive portfolio includes electronics, bicycles, cars, lighting, cookware, and furniture, all of which encompass his ability to synergize art and engineering to deliver thoughtful solutions in handsome packages. Born in Germany but based in Milan, Sapper accents German efficiency with hints of Italian flare.

In 1962, Sapper collaborated with Marro Zanuso to create the Lambda Chair for Gavina SpA (later acquired by Knoll), a piece that is now in the Knoll Museum Collection. In 1979, he worked directly for Knoll, creating the Sapper Office Chair series, a design with enduring appeal and brilliant utility. His most recent collaboration with Knoll resulted in the Sapper Monitor Arm collection in 2009. Both Knoll designs, engineered to perfection, exemplify his ability to reduce an object to its most fundamental elements and style it with his signature elegance.

Sapper is the recipient of 10 Compasso d’Oro prizes, Italy’s most prestigious industrial design award, and more than fifteen of his product designs are in the collection of The Museum of Modern Art, New York, including the Lambda Chair and the Sapper Monitor Arm. His most notable products are the Tizio lamp (Artemide) and the IBM Thinkpad. Additionally, he has designed for Fiat, Allessi, and Gavina. 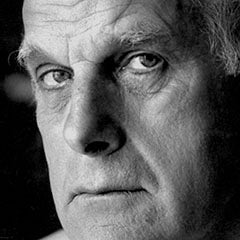