Fortebraccio guarantees an extraordinary fluidity of movement and total light positioning freedom. Thanks to its innovative central joint, the lamp's two arms rotate independently, horizontally and vertically, allowing it to take on extreme and functional positions.The lamp's distinctive handle, which includes a switch, is designed in such a way as to be easily held and manoeuvred. Fortebraccio comes with a universal mount, allowing it to be fitted directly on tables, walls and, thanks to its particular system of joints, on slanted surfaces. Available in aluminum or glossy white finishing, Fortebraccio guarantees a total light positioning freedom. The lamp's distinctive handle conveys a highly charismatic, formal look, and provides an intelligent solution to the problem of directing light emission. 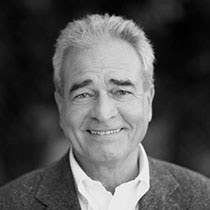