The Five Pouf is a versatile, easy-to-use design that is both comfortable and contemporary. With a pentagon shape and linear detailing contrasted against curved edges, the Five Pouf is a unique item that can be used as extra seating or to decorate an unused corner of any room.

At Muuto, it’s all about finding new perspectives. They take inspiration from their Nordic roots to create pieces that are new and fresh, yet true to their Scandinavian design heritage. They call this approach New Nordic. Muuto creates furniture, lighting and home accessories with that very characteristically Scandinavian style.

At Muuto good design starts with the person. The journey from idea to object is begun by an individual’s spark of creativity. Muuto handpicks the brightest design talents in Scandinavia and gives them the freedom to express their individual story through everyday objects, pushing the boundaries of Scandinavian design in their own way, offering their own new perspectives. How do they see a chair, vase, lamp or any other everyday product? A range full of new perspectives, or “muutos” as the Finnish would say. By giving their designers the space to let loose with their imaginations, the results can often be fantastic. 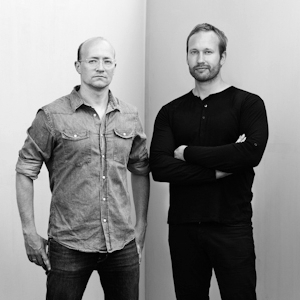