Faced with the challenge of blank paper, some authors capture its very essence on designer rugs. A graphic and industrial designer, a painter, a fashion designer and a writer and art gallery director create each of these four exclusive designs, in which four very personal visions of the rug as contemporary object are made clear. All have something in common: choosing the absence of color, black and white in monochrome, to intensify its identity. A dichotomy. A horizontal canvas. A work of art underfoot.

ESTAMBUL Javier Mariscal (re-edition of the 1987 original): The original model for this piece was a watercolor painted by Mariscal in 1987. Its final design conveys the basic outline of the classic Persian rug. Using this as its point of departure, it is updated using unique lines reminiscent of those used in comics, synthesising East and West, traditional craftsmanship and contemporary design in just one product. 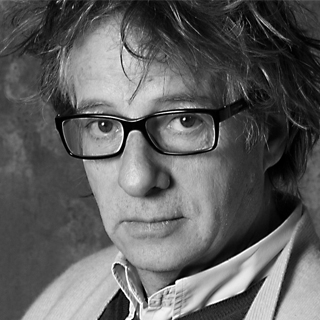 Javier Mariscal is a Spanish artist and designer whose work has spanned a wide range of mediums, ranging from painting and sculpture to interior design and landscaping. Mariscal's language is synthetic, with few strokes and a great deal of expressiveness.

He studied design at the Elisava School in Barcelona which he soon left so that he could learn directly in his environment and follow his own creative impulses. His first steps were in the world of underground comic, a task that he soon combined with illustration, sculpture, graphic design and interior design.

In 2005, he made several objects for the children's collection, Me Too, by Magis, a fruitful collaboration that is still under way. Some of his most recent works, which he continues to combine with his artistic task, are the image of the Spanish financial institution, Bancaja; that of the 32nd America's Cup, of the new brand of bags for Camper, Camper For Hands, as well as the interior design of the Ikea Restaurant in Vitoria.

Between 2007 and 2008 he has also designed a collection of rugs for Nani Marquina.