"EM" was created in 1995 and reflects the sleek, minimalistic design of Erik Magnussen, which he has shown in so many of his other products designed for Stelton. Its satin-polished stainless steel surface and modern styling with a slight concave curve incorporated in its design gives it its distinctive note among cutlery patterns. EM accentuates the very best of Scandinavian design in an astounding simple way. Only true masterpieces reach the level of combining functionality and design in such a perfect symbiosis as Erik Magnussen did when he created EM.

Surprising, innovative, best-in-class, high-quality Scandinavian design, “the brand that tickles the design gene”. Started over 50 years ago by two army friends looking to start a trading business, Niels Stellan Høm and Carton Madelaire heard about a small factory in Fårevejle, Denmark, called Danish Stainless. Stelton (a combination of their two names) began marketing a stainless gravy boat that sold like hotcakes in Danish hardware stores and was also a hit in Europe. Beginning with award-winning designs by Arne Jacobsen, perhaps Denmark’s greatest architect and designer, Stelton invited new designers to furnish innovative product ideas to appeal to a broader range of consumer tastes. Stelton products have become the epitome of Danish design. 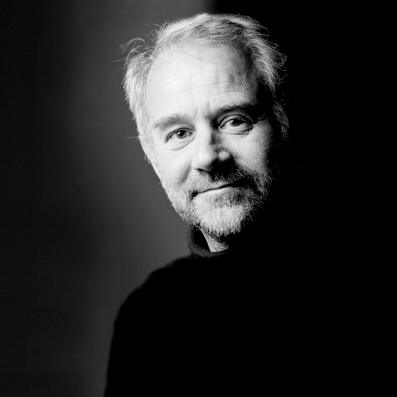 Erik Magnussen (b. 1940) is a versatile Danish designer who was educated as a ceramist at the School of Applied Arts and Design, graduating in 1960. His works – ranging from tableware to furniture, lamps and high-tech products – are characterized by simplicity and functional elegance.

He has worked for manufacturers such as Bing & Grøndahl, Stelton, Fritz Hansen, Royal Copenhagen, Paustian, Royal Selangor and Shipmate – realizing many different products in a variety of materials. One of his most famous products is the vacuum jug he designed for Stelton in 1977. The vacuum jug, which was originally launched in stainless steel, is now produced in ABS plastic and throughout the time has been produced in more than 30 colours.

Erik Magnussen's vacuum jug was introduced as follow-up to Arne Jacobsen's Cylinda-Line. Just like Arne Jacobsen's design the stringent cylindrical shape and two-coloured, graphic appearance of the vacuum jug expresses a minimalism and functionality that keeps being ahead of its time. Other pieces designed by Erik Magnussen for Stelton – such as for example the creamer and the sugar bowl – were introduced to accompany his vacuum jug. The vacuum jug is one of Stelton's best selling designs and has received the Danish Design Award 2007.

Erik Magnussen's designs are exhibited in museums throughout the world and he has received several design awards including the Lunning Prize, the Furniture Prize and the Red Dot. His products have received several times the ID-prize by the Danish Society of Industrial Design, he was also nominated as the Designer of the Year by the Danish Design Council and won the Good Design Gold Prize awarded by Japan Industrial Design Promotion Organization.