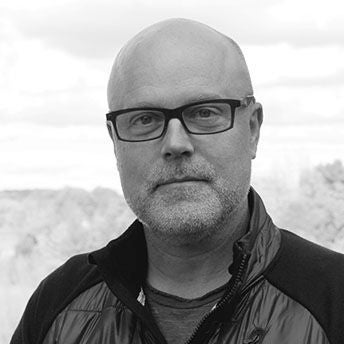 Brian Alexander describes himself as an observationalist. “I spend a lot of time getting to know the behaviours of everything,” he says. Alexander is so fascinated by people’s behaviour that he’s been compiling an owner’s manual for humans since the late 1980s. “It began by watching a traffic jam in a food service line,” he says. “I was intrigued with the way people negotiated and mimicked the person in front without even knowing it.” He adds to the manual frequently—and draws upon it for every project he does.