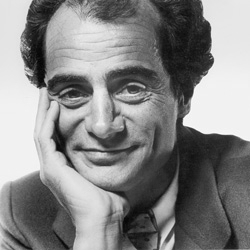 Carlos Riart studied industrial design at the Escuela de Dise-o Eina in his hometown of Barcelona. He made a name for himself designing simple, bespoke furniture largely inspired by nature. Over the course of his career, Riart has worked with Tecno and Écart and collaborated with designers Santiago Roqueta, Oleguer Armengol, and Victor Mesalles. He is widely recognized for his intuitive sense of detail, balance and harmony.

In 1982, Riart designed a rocking chair for Knoll in commemoration of the 50th anniversary of Mies van der Rohe’s Barcelona Pavilion. He was asked to create a chair that, like the original, was simple in form and striking in silhouette. The resulting design was praised for its simplicity, craftsmanship and distinctive profile. The chair won the 1983 IBD award, the 1983 Roscoe award, and the 1987 AFIF AD award in Barcelona. Knoll reintroduced the celebrated rocker in 2011.