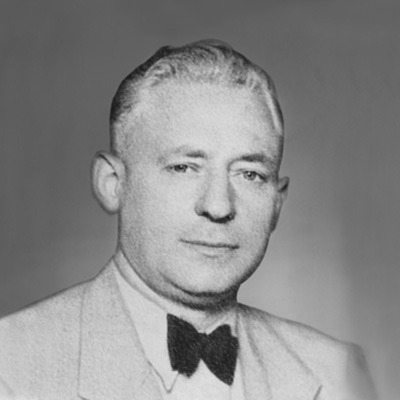 Christian Dell was a German silversmith and designer. From 1922-25 he worked as a foreman of the metal workshop at the Bauhaus in Weimar where he was the man behind a highly innovative and pioneering style of design. The Bauhaus occupies a place of its own in the history of the 20th century culture; architecture, design, art and new media. As one of the first colleges of design, it brought together a number of the most outstanding contemporary architects and artists.

Beginning in 1926 Dell sketched lights, often for the lamp factory Gebr. Kaiser & Co. The first catalogue was launched in 1936 in which the table lamp model 6631 Luxus appeared for the first time. This lamp soon became the undisputed top model of the KAISER idell™-serie – then, as well as today, the symbol of noble Germanic design, exquisite choice of materials and precise engineering. The term “idell” is a reference to the word idea and his lastname, Dell. “Kaiser” is a reference to the original manufacturer – KAISER idell.