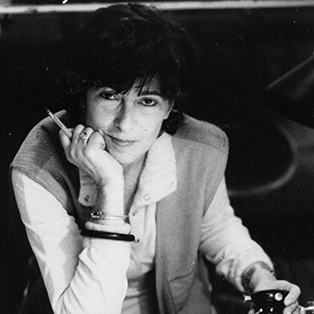 Cini Boeri is an Italian designer and architect. She earned her degree at the Politecnico di Milano university in 1951. Different examples of her work can be found in museums and international exhibitions.

Many of Boeri’s designs were produced by Italian company Gavina, and in 1968 Knoll began releasing Gavina designs in the USA, including Boeri’s Lunario table, which comprised a heavy oval of glass cantilevered over a rounded block of polished chrome. In 1978, Knoll put Boeri’s Brigadier sofa into production.

Boeri has experimented with the concept of pliability and expandability for most of her career, using materials such as polyurethane foam and bent glass to create items that push the boundaries of what an object is made of and how it can be used.The resulting shapes were revolutionary and remain so to this day.