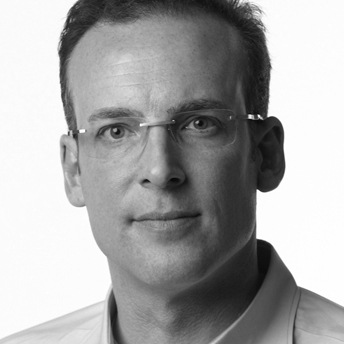 Growing up in Detroit, Dan Grabowski was influenced not only by his own father, who was a builder, but by his friends' dads, too. "When my dad needed to create or repair something, he would design a solution and then we would go off together and build it. We built everything from cabinets to apartment buildings. That's how things were done in our house," he recalls.

At the same time, his best friend's father was a car designer, whose house was filled with sketches of cars, modern art, and contemporary furniture. "I decided I wanted to do something that combined my love of art and working with my hands. I considered being a sculptor, but then when I was in college, I studied the work of Harry Betroia, and that's when it clicked for me, the connection between sculpture and industrial design."

Grabowski is particularly proud of his "Everywhere table" line for Herman Miller because he feels it demonstrates everything he believes in as a designer. "The simplicity of the tables minimizes the visual chaos in active spaces, bringing a sense of calm and order to the room; they are very simple forms but they evoke an emotional response from people."