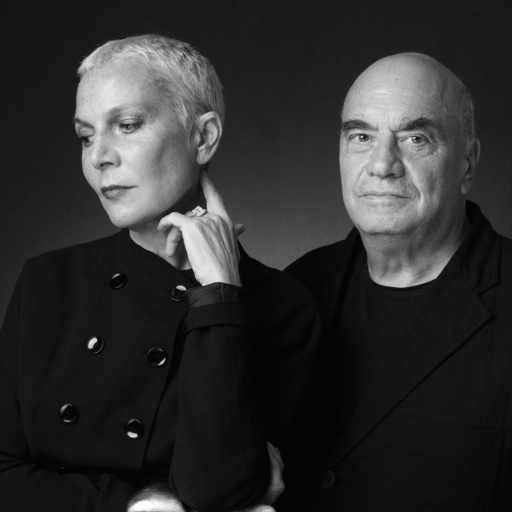 Doriana O. Mandrelli was born in Rome, where she graduated in History of Art from La Sapienza University in 1979. At the same University, she attended the School of Architecture, taught contemporary architecture and was a member of the board of In/arch (Istituto Nazionale di Architettura). She is director’s assistance at the 7th International Biennale of Architecture in Venice and curator of some special sections of the exhibition.

In 2002 she was named Officier de l’Ordre des Arts et des Lettres de la République Française. Her partnership with Massimiliano Fuksas dates from 1985. She directs the Fuksas Design Section. Her work is characterised by continuous research into new materials and new techniques of manufacturing.

Massimiliano Fuksas was born in Rome in 1944, in 1967 he opened a practice in Rome, followed by firms in Paris and Vienna. He has taught in the Staadtliche Akademie der Bildenden Künste in Stuttgart, the École Spéciale d’Architecture in Paris, the Akademie der Bildenden Künste in Vienna, Columbia University in New York, and La Sapienza University in Rome.