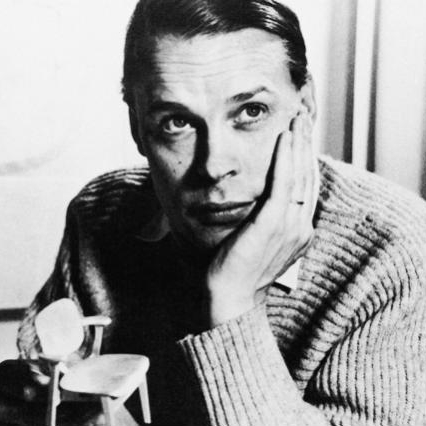 Ilmari Tapiovaara graduated in 1937 as interior architect from the department of furniture design of the Central School of Applied Arts in Helsinki. He was one of the greatest interior architects and designers of his era. With the mind of anexplorer and a soul of a craftsman, Tapiovaara was always seeking for new solutions to improve everyday objects. During his long career Tapiovaara created dozens of iconic objects loved by the public.

Ilmari Tapiovaara was a great admirer of Alvar Aalto’s work, and he wanted to create products based on the same ideological premises. Tapiovaara embraced the principle of social equality of functionalism, and felt that architecture was the starting point of his design work. In addition to dozens of chairs and other furniture, mostly intended for public spaces, Tapiovaara also designed interiors for many banks, offices, hotels and showrooms starting in the 1940s.