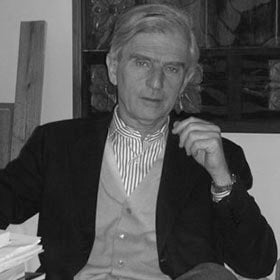 Luciano Balestrini, was born in Como, Italy in 1943.  He studied architecture at the Politecnico of Milan, where he graduated in 1966. In the same year he started working as a freelance industrial designer.

Luciano Balestrini has also been actively involved in the renovation of historical buildings and the design of industrial and commercial complexes in Italy. He has designed several lamps for Luceplan.