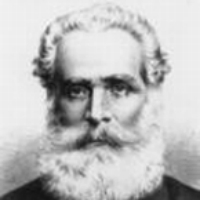 In 1841 Michael Thonet showed his furniture at an exhibition mounted by the Koblenz Art Association, where they caught the eye of Austrian Chancellor Prince Metternich, who invited Michael Thonet to Vienna. Michael Thonet and his five sons then established a furniture-making workshop. They made bentwood furniture.

Since other carpenters began to copy the bentwood process, Michael Thonet marked his chairs on the underside with an impressed stamp. The 1849 Thonet "Sessel Nr. 1" chair made for the garden palace of Prince Schwarzenberg exemplifies a revolutionary, stunningly novel way of making chairs. From 1853 Michael Thonet's workshop was registered as "Gebrüder Thonet" (Thonet Bros.) since he had handed it over to his five sons.

As a firm, Thonet Bros. has been involved in all the most important developments in modern design and was extremely successful. It survived the upheavals of both world wars although it was dissolved several times. Now Thonet GmbH is based in Frankenberg, North Hesse.