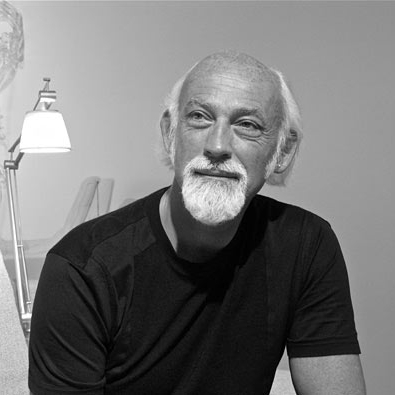 Born in Cardiff, Wales Ross Lovegrove graduated from Manchester Polytechnic with a degree in Industrial Design. He completed a Masters of Design from the Royal College of Art, London, in 1983.

In the early 1980s he worked as a designer for Frog Design in West Germany on projects such as Walkmans for Sony, computers for Apple Computers, and then he moved to Paris as consultant to Knoll International. Ross was invited to join the Atelier de Nimes along with Jean Nouvel and Phillipe Stark.

Returning to London in 1986 he completed projects for Kartell, Luceplan, Peugeot, Vitra, Tag Heuer, Herman Miller, Artemide, and Tokyo Ito Architects in Japan. Winner of numerous international awards his work has been extensively published and exhibited internationally including at the Museum of Modern Art in New York, the Guggenheim Museum in New York, and the Design Museum in London, when in 1993 he curated the first permanent collection.