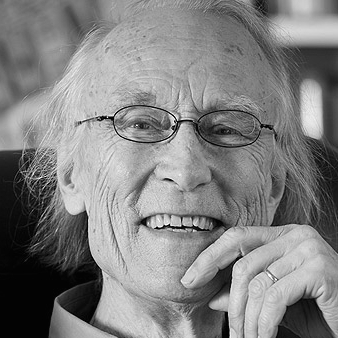 Yrjö Kukkapuro is a Finnish interior architect and furniture designer. His career started in the 1950s while studying in the Academy of Design in Helsinki. Kukkapuro's most famous model is called Karuselli (carousel) he designed for Vitra that belongs to the collection of major museums including the Museum of Modern Art, New York. It was also nominated as the most comfortable chair in the world by The New York Times in 1974.

Kukkapuro is married to graphic artist Irmeli Kukkapuro since 1954. The couple have built a home studio in Kauniainen in 1968. The building designed by Yrjö Kukkapuro and engineer Eero Paloheimo resembles a pop-art style.