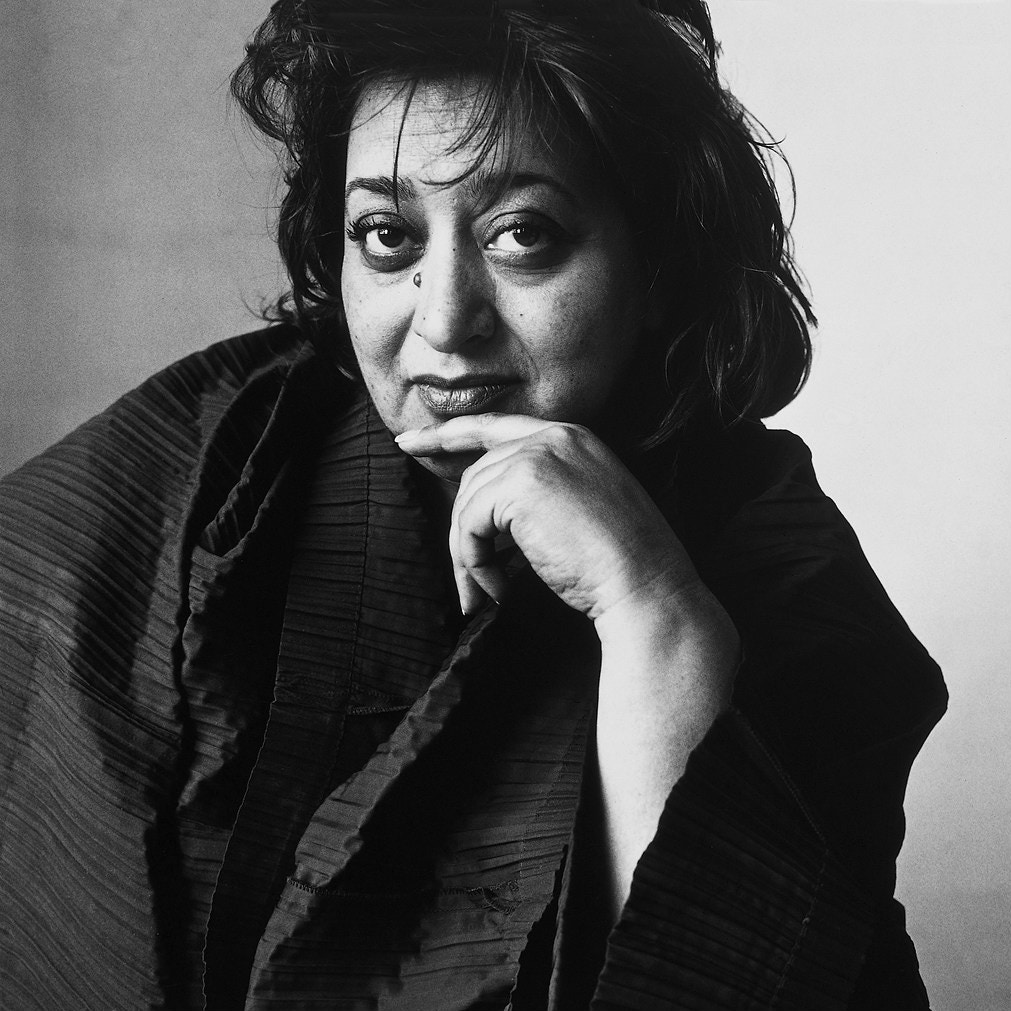 Dame Zaha Mohammad Hadid is an Iraqi-British architect. In 2004 she became the first woman recipient of the Pritzker Architecture Prize and received the Stirling Prize in 2010 and 2011. She grew up in one of Baghdad's first Bauhaus-inspired buildings during an era in which "modernism connoted glamour and progressive thinking" in the Middle East.

She studied mathematics at the American University of Beirut before moving to study at the Architectural Association School of Architecture in London, where she met Rem Koolhaas, Elia Zenghelis, and Bernard Tschumi. She worked for her former professors, Koolhaas and Zenghelis, at the Office for Metropolitan Architecture, in Rotterdam, the Netherlands; she became a partner in 1977.

Through her association with Koolhaas, she met Peter Rice, the engineer who gave her support and encouragement early on at a time when her work seemed difficult. In 1980, she established her own London-based practice. During the 1980s, she also taught at the Architectural Association.

Her buildings and designs are distinctively neofuturistic, characterised by the "powerful, curving forms of her elongated structures" with "multiple perspective points and fragmented geometry to evoke the chaos of modern life". She is currently professor at the University of Applied Arts Vienna in Austria.