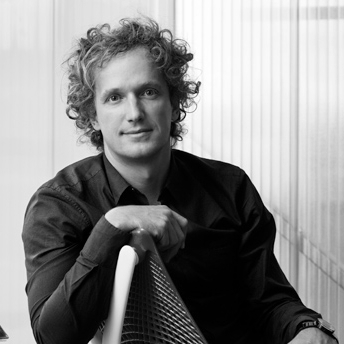 Béhar was born in Switzerland and grew up in a bicultural home, influenced by his East German mother and Turkish father. "One is functional and modernist and the other, expressive and poetic," he says. "I always try to marry the two in my projects."

A graduate of the Art Center College of Design in Pasadena, CA, he started out working with high tech Silicon Valley clients such as Apple and Hewlett Packard, eventually gravitating into the sport, apparel, technology, and furniture arenas. An admirer of Charles and Ray Eames, Béhar decided he wanted to do something for Herman Miller himself. “Design is very much at the center of Herman Miller's culture,” he says. “So one day I just picked up the phone, called them, and said, ‘Let’s work together.’”

Four years later, Herman Miller introduced his brilliantly innovative Ardea Light and then his Sayl Chair. With Sayl, Béhar set out to design and build a chair that gives form to a spirit of surprise and delight. Inspired by the principles of suspension bridges, the frameless back of the Sayl Chair encourages a full range of movement while the suspension back material keeps you cool—all with an extremely small environmental impact.

As for his future, Béhar says he's very content designing products for companies who are "looking for departure, change, transformation. I'm continually excited working with people who want to move forward into the future and onto the next generation."