The Dream Chair by Japanese Architect Tadao Ando is a comfortable and sculptural furniture piece that invites relaxed reflection. 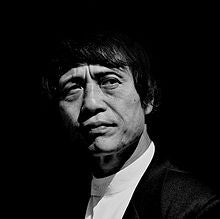 Tadao Ando, born September 13, 1941) is a Japanese self-taught architect whose approach to architecture and landscape was categorized by architectural historian Francesco Dal Co as "critical regionalism".

Ando worked as a truck driver and boxer before settling on the profession of architect, despite never having formal training in the field. Struck by the Frank Lloyd Wright-designed Imperial Hotel on a trip to Tokyo as a second-year high school student, he eventually decided to end his boxing career less than two years after graduating from high school to pursue architecture.

The simplicity of his architecture emphasizes the concept of sensation and physical experiences, mainly influenced by the Japanese culture. The religious term Zen, focuses on the concept of simplicity and concentrates on inner feeling rather than outward appearance. Zen influences vividly show in Ando’s work and became its distinguishing mark. In order to practice the idea of simplicity, Ando's architecture is mostly constructed with concrete, providing a sense of cleanliness and weightlessness at the same time. Due to the simplicity of the exterior, construction, and organization of the space are relatively potential in order to represent the aesthetic of sensation.