The Bellhop collection designed by Barber Osgerby expands with the introduction of an eccentric up-lit floor lamp. Originating from the Bellhop table lamp design, the designers have flipped the arched diffuser upside down and elongated the body to nearly 6 ft high. Bellhop Floor is constructed from painted glass, aluminum, and an eco-friendly concrete base. 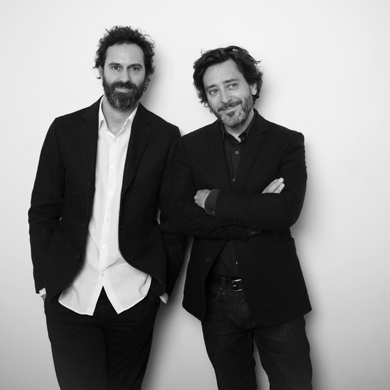