Tress is a web of threads and resin that acts at the same time as the structure, decoration and screen, a never before seen interplay of full and empty spaces, light and shadow. The cable woven inside the structure gives a plain and elegant effect. 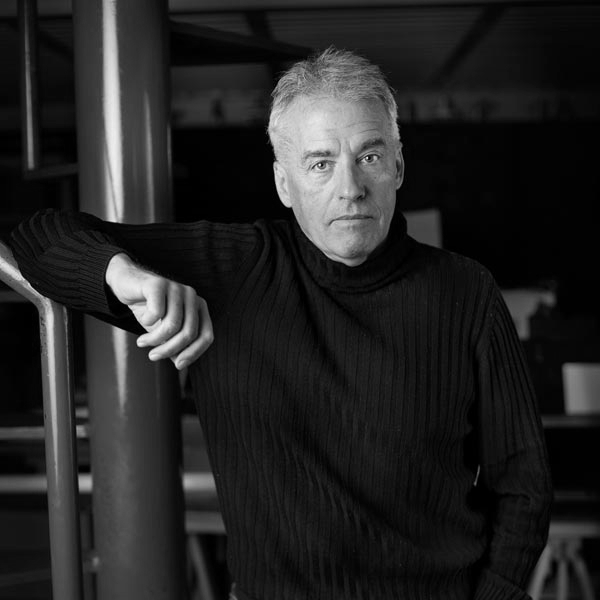 A French citizen, born in Austria, Marc Sadler currently lives in Milan. Experimentation with plastics has often formed a key part of his design activity.

In the early 1970s, he perfected the first ski boot in a thermo plastic material that was completely recyclable. Sadler then began a long and fruitful collaboration that led to the patenting of the ski boot with a symmetric shell, which was for many years the most widely sold ski boot in the world. This is start of his career as a sports designer, which led to a close collaboration with the most important multinational sport companies in the United States, Asia, and Europe. Working in this sector, which has often pioneered research into new materials and techniques, provided the experience to enable him to bring innovation to more traditional areas where is set a concept of design as pure aesthetic shape.

A true citizen of the world (he has lived and worked for many years in Europe, North America and Asia), he is a consultant for companies in the fields of home furnishings, large and small household appliances, lighting, technically advanced products, and sports.

Awarded four times with the Compasso d’Oro, his work has won many international design awards over the years. Despite his reputation as a technical designer, Marc Sadler has a strong passion for painting and drawing, finding it so emotionally absorbing as to consider it his real passion.