Around 1900, the Viennese architects discovered a new means of expression in the bentwood technique. To them, the simple forms of classic bentwood furniture - a consequence of industrial production - anticipated the new aesthetic clarity they were promoting.

Josef Hoffmann's Armchair No 670 combines the austere elegance of bentwood with the expressive formal vocabulary of the Viennese Secession. Its somewhat voluminous form, strict geometry, and adjustable back are attributes that suggest associations with the machine. 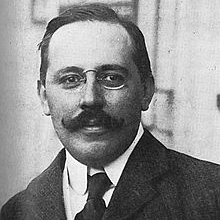 Josef Hoffmann, architect and designer, began studying architecture in 1887 at the "Höhere Staatsgewerbeschule" in Brünn (now Brno, Czech Republic). Between 1892 and 1895 Josef Hoffmann continued his studies in Vienna under Otto Wagner and Karl von Hasenauer at the "Akademie der Bildenden Künste".

In 1897 Josef Hoffmann joined Koloman Moser, Joseph Maria Olbrich, Otto Wagner, and Gustav Klimt to found the "Viennese Secession". In 1900 Josef Hoffmann went to Great Britain, where he met exponents of the British Arts and Crafts movement and familiarized himself with their work. Contact with the Scottish architect and designer Charles Rennie Mackintosh expecially exerted a formative influence on Josef Hoffmann's work.

In 1908 Josef Hoffmann designed the "Seating Machine", followed by numerous other designs for furniture and crafts objects. Josef Hoffmann's clear formal language, reduced as it was to essentials, and his innovative use of materials exerted a paramount influence on the following generation of designers.

Josef Hoffmann is rightly regarded as a leading exponent of Viennese Jugendstil, whose ideals he played a major role in articulating. In 1907 Josef Hoffmann was a co-founder of the Deutscher Werkbund and was head of the Österreichischer Werkbund from 1912 until 1920.