Drawing on his early training as a sculptor, Saarinen refined his design through full scale models, endlessly modifying the shape with clay. “What interests me is when and where to use these structural plastic shapes. Probing even more deeply into different possibilities one finds many different shapes are equally logical—some ugly, some exciting, some earthbound, some soaring. The choices really become a sculptor’s choice.”

Saarinen was assisted by Don Petitt, of Knoll’s Design Development Group, who introduced several ingenious methods of model making. Together with a Knoll design research team, they worked out the problems arising in production. Full scale models became furniture and, with family and friends acting as “guinea pigs,” the furniture was tested in the dining room and living room of the Saarinen house in Bloomfield Hills.

With the Pedestal Collection, Eero Saarinen resolved the "ugly, confusing, unrestful world" underneath tables and chairs. The collection is a defining accomplishment of modern design and a timeless addition to your home—a true classic. 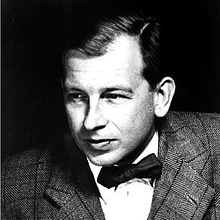